AirLony company is specialised in the field of design, construction and production of modern light aircraft. The company was founded by aircraft designer Petr Lonský in order to produce his own aircraft Highlander - ultralight two seated biplane, which has among others parameters an outstanding strength properties and G-limits. Aircraft development has been finished during the year and then the standard production and selling was started.

After experiences with Highlander production, AirLony started developing ultralight aircraft of fully new conception. „Skylane UL“ aircraft has been developed with accent on extremely low empty weight and top level in the field of operational safety, comfort and utility value. In 2003 the new aircraft carried out its first flight and presently Skylane UL comes in upgraded second generation.

The longterm goal of the AirLony company is development and production of aircraft which are designed for real pilots and real conditions in the field of light aviation without any compromises. The result of the care of the aircraft production and feedback communication with final customers introduces:

Where to find us 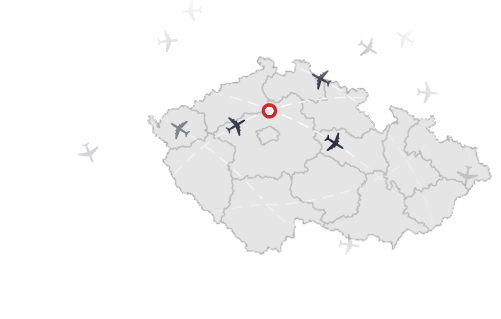